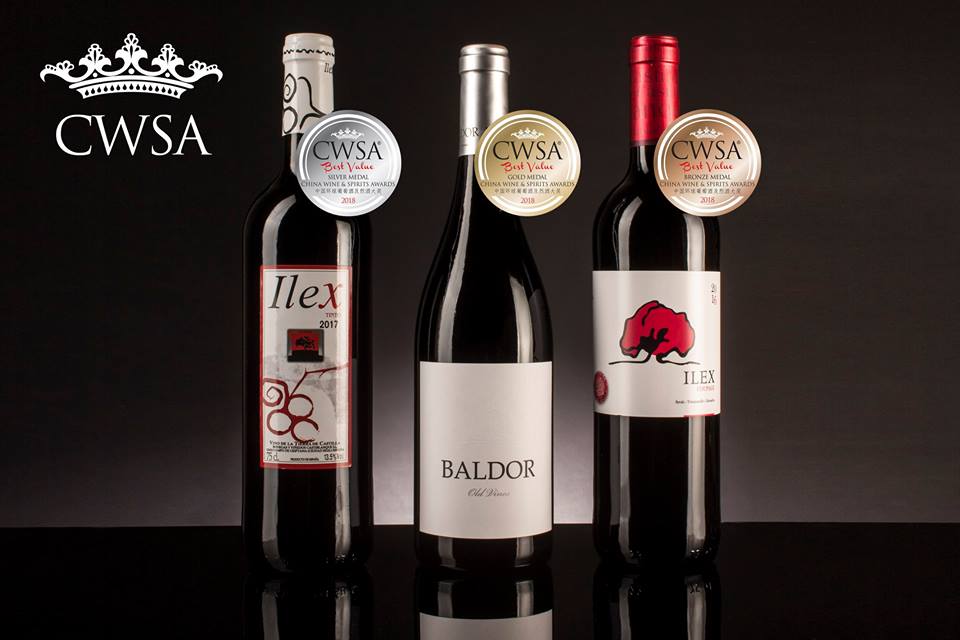 The China Wine & Spirits Awards are the most prestigious prizes awarded in China and this year in Bodegas Castiblanque  has been a complete sucess. Always betwen giants.

CWSA is the most influential wine and liquor contest around the world. This contest has a internationally recognition as the largest and most prestigious wine and spirits in China, the CWSA judges are the buyers with the highest purchasing power in China.

CWSA 2018 contest was was this year the biggest edition, a record with 5,000 samples from 55 countries around the world.

“We are very happy to know that our wines have beenn exhibited with that sucess at the CWSA 2018 Contest”, reported Bodegas y Viñedos Castiblanque S.L. “Now we are going to showcase our CWSA medals to make sure everyone sees our new status and know how proud we are of making BALDOR OLD VINES, ILEX TINTO and ILEX COUPAGE as winners of the CSWA 2018 contest”.